If you or your loved one has been injured in an accident in the state of West Virginia, contact one of the experienced car accident lawyers at Colombo Law. Our attorneys will meet with you to determine whether you have a valid claim of recovery. You will find that our attorneys are trustworthy and honest counselors who will guide you to accurately determine your probability of success. We have successfully represented clients throughout the state of West Virginia. 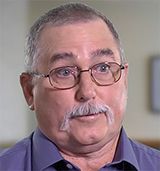