There are few things as dangerous on the road as tired drivers – and it’s far more prevalent than most of us realize. According to a study by the CDC, 1 in 25 adult drivers admitted to falling asleep behind the wheel in the last 30 days. Considering there are about 225 million drivers in America, this means roughly 9 million drivers in the U.S. may have fallen asleep while driving in the past month.

That’s a huge number of sleepy drivers and, unfortunately, it leads to tens of thousands of crashes and injuries – and hundreds of deaths – every year caused by drowsy driving.

When it comes to semi-trucks (also known as tractor-trailers, 18-wheelers, and commercial trucks) in particular, it’s an especially scary scenario for a couple of reasons:

Below we take a closer look at how fatigue factors into truck accidents, what rules and regulations exist, and how responsibility for an accident is determined. If you or a loved one has suffered injuries as a result of a truck accident that wasn’t your fault, don’t hesitate to reach out for a free case review.

Truck accidents are often highly complex cases, so it’s important to start as quickly as possible. We’d be more than willing to help you understand your situation and what you should do next.

How Fatigue Plays a Role in Truck Crashes

Fatigue isn’t just one small problem among many when it comes to truck accidents. In fact, it is one of the main reasons semi-trucks crash.

There is a lot of pressure on truck drivers to put in a certain amount of work every day. After all, in a world that is increasingly demanding faster delivery of more items, time is money.

Nevertheless, many legalities surround how long drivers are allowed to work in one stretch.

While these sound pretty reasonable, that’s still an awful lot of time on the road. Most of us have had enough after a few hours, but truck drivers often drive 10+ hours per day every single day.

Besides, it’s difficult – if not impossible – to regulate how drivers spend their off-duty time. Ideally they’re spending 7-9 of those hours sleeping, but that’s certainly not always the case.

And, while the time spent driving is supposed to be accurately logged, truck driving is a business – a business where, sometimes, things don’t go as planned.

After all, there are hundreds of accidents every single day, which is to say nothing of inclement weather, construction, and mechanical problems. When a truck driver and/or trucking company has money on the line and faces these kinds of uncertainties, it’s not uncommon for them to bend the rules to get in more driving time.

While this is understandable, it’s also extremely dangerous. Someone driving 11 hours per day might already be extremely tired by the end of their shift. So, if they’re pushing this limit – sometimes over long stretches – it can cause them to become increasingly tired and dangerous behind the wheel.

This is when the poor reaction time, poor decision making, and poor awareness become a significant problem. It’s easy for us to assume we can “push through” when we’re feeling tired, but when you’re controlling a vehicle that weighs up to 80,000 pounds and the lives of those around you are counting on your ability to be alert, focused, and smart, that’s simply not an acceptable excuse.

Colombo Law is here to hold those responsible for truck accidents accountable for their actions.

That said, how do you know who, exactly, is responsible for a truck accident?

Who Is Responsible for an Accident Caused by Truck Driver Fatigue?

Responsibility for a truck accident is often tough to untangle. It might be clear and obvious who was at fault – for example, if the driver was operating their truck while drowsy from taking medications.

But, at the same time, what if the driver was only pushing him- or herself so much because he or she was being overworked?

As stated above, it’s not uncommon for trucking companies to bend the rules when it comes to making sure drivers get the proper rest needed to be safe. Our attorneys will investigate to determine if the trucking company was pushing the driver to work more hours than they should, or didn’t allow them to take the proper amount of breaks in between stretches of driving.

In many cases, the employer of the truck driver may also be liable for its action which caused or contributed to your injuries.

How a Truck Accident Lawyer Can Help

If it’s not clear at this point, we’ll say it again: truck accident cases are usually highly complex. There are many parties involved, each with their own agenda, and the situation quickly overwhelms most people who aren’t legal experts or who don’t know how to manage a case and fight insurance companies.

Ultimately, there are a few key things a truck accident attorney will help you accomplish to win your case:

Everything you present in your claim – including the existence and severity of your injuries, the cost of repairing or replacing a vehicle, and fault – will need to be proven and backed by solid evidence. However, when someone tries to handle a case on their own, it’s easy to overlook or accidentally dispose of crucial evidence.

Working with an attorney who knows how cases are won and lost, as well as what evidence is necessary to win, will help make sure your claim is backed by facts and hard evidence.

Figuring out how much money you deserve in compensation is not a simple task. After all, you deserve not only to be compensated for the medical costs you’ve incurred, but also for the pain and suffering you’ve dealt with as a result of the accident. If you aren’t aware of what the law allows, insurance companies are likely to take advantage of you.

Speaking of insurance companies, they will actively challenge any claims that threaten their bottom line. They are going to do whatever they can to pay you as little compensation as possible. Claims adjusters and insurance attorneys alike will try to make you feel like whatever they offer you is the best offer they can give, and they’ll try to trip you up on nuances and technicalities.

Finding a Truck Accident Lawyer for Your Drowsy Driving Case

You need an attorney who sees your success as their own and who will fight to win maximum compensation. That’s what we at Colombo Law stand for, and it shows in our results.

If you have been injured in a truck accident – whether due to drowsy driving or any other cause – don’t hesitate to reach out at (304) 599-4229 for a free case review! Our firm serves clients in Morgantown and throughout West Virginia. 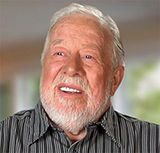 How to Choose a Truck Accident Lawyer
Is a Doctor Responsible for Birth Injury?