Mr. Colombo recently represented a Buckhannon, West Virginia woman in a medical malpractice case against a local hospital and physician. Mr. Colombo’s client had undergone a laparoscopic cholecystectomy (gallbladder removal surgery) at a local hospital. The general surgeon advised Mr. Colombo’s client that he had removed the gall bladder and that the surgery went as expected. Unfortunately, the client went on to have chronic abdominal pain with no satisfactory explanation for why the pain continued.

The client contacted Mr. Colombo who referred the patient to another general surgeon for evaluation. That surgeon performed an ultrasound and an ERCP and unbelievably discovered that the patient still had her gallbladder. Apparently the earlier surgeon had not removed the gallbladder as he stated in his operative report and as he stated to the client. To say the least the client was shocked and outraged at this discovery. 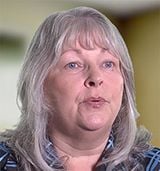